The Madison Alumni Association, a 501c3 nonprofit organization, originally incorporated in 1997, and closed in 2007. In the Spring of 2019, it was reorganized under a new state application. The association has a renewed purpose to help provide facility equity, and enrich the lives of Madison High School student/athletes.

The production of social events, social media platforms, website, and internet content memorializing the rich Madison athletic tradition, to facilitate means of generating revenue for the goals of the executive board, as well as requests from the NE Portland community.

Jeff Erdman, ’77
Role: President
Jeff is currently the PIL District Assistant Athletic Director where he oversees baseball and softball. Jeff also supports the nine PIL building athletic directors in a mentorship and professional development role. He retired from Clackamas High School after 15 years as the athletic director. He was the Madison baseball coach during the ‘90s, founding member of the original Madison Alumni Association, and a current member of the PIL Sports Hall of Fame. Jeff has been a Madison student/athlete, coach, and booster for over 46 years. Fundraising and building a field house for future Madison athletes is a project that has Jeff’s 100% commitment. Go Senators!

Debbie Garlington (Bozich), ’76
Role: Vice-President
Debbie is honored to be a member of this executive board with its many outstanding, dedicated alumni. Debbie brings many years of fundraising and event planning experience to this organization. In this role she will focus her efforts on supporting Madison students/athletes, and the NE Portland community, by reaching the goal of building a field house. She is committed to helping continue that great Senator pride and spirit that Madison alumni are so proud of!

Craig Sumpter, ’76
Role: Secretary
Craig is currently the Account Operations Supervisor, department stores, for Columbia Sportswear. He has been in the apparel and footwear industry for over 30 years. He was co-founder, and board member of Camas Jr Baseball from 2005-2008, and Camas Athletic Boosters from 2006-2013.  Craig shares his passion for baseball with his friend and fellow MAA board member, Jim Sleeman – both being huge St. Louis Cardinals fans.

Julie Elkins, ’76
Role: Treasurer
Julie is a partner with the law firm Elkins Zipse & Mitchell.  She’s been managing the office for 15 years, as well as a litigator for 27 years, handling civil defense cases for Farmers Insurance. Julie was also a prosecutor for 6 years in Clackamas County.

Bill Booth, ’76
Role: Technology and Marketing
Bill is managing partner with MedStar NW. He is a founding member of the original Madison Alumni Association, and the PIL Hall of Fame. He has been a passionate fundraiser for Portland Public Schools for over 20 years. Bill is an IT and medical technology entrepreneur and has started and sold three companies over his professional career.

Jim Sleeman, ’76
Role: Sponsorships
Jim has had a rewarding career with Platt Electric Supply. He’s been with Platt 43 years, and is their Director of Recruiting and Culture. He has been actively involved for many years with Muscular Dystrophy Association’s youth camps, as well as a volunteer with the Shriners Children’s Hospital.

Lisa Owens, ’83
Role: Community Liaison
Lisa is a Principal Broker with The Owens/Lacey Team at The Agency Realtors. She has been a Portland real estate broker for 22 years. She serves on the Friends of the Children Scholarship Board and BloodWorks NW Portland Advocacy Council. Lisa was a teacher and varsity softball coach at Madison from 1988-1997. She coached her teams to PIL Co-Championships 1988, 1993, and 1997 as well as the PIL Championship in 1992. She was voted PIL Softball Coach of the Year in 1992 and 1997. Lisa is a 2017 inductee into the PIL Sports Hall of Fame.

Greg Hay, ’76
Role: Project Co-Captain
Greg has spent his entire career in retail management, 25 of those years with Meier and Frank and Macy’s. He’s currently the General Manager for Paradies Lagardere retail stores located at the Portland International Airport. Greg is a 2013 inductee into the PIL Sports Hall of Fame.

Ted Linne, ‘76
Role: Project Co-Captain
Ted has had a 40-year career in restaurant management, the majority of those years with Hilton hotels, and is currently working at the Vancouver Hilton. His passion for wine led Ted to earn a sommelier certificate. However, his real passion has always been in music. He is fortunate to be working with students in two Vancouver, Washington high school bands. Ted participated as a member of the Madison band as a drum player, enjoying football and basketball games from the stands. Ted considers himself blessed to be working on the field house project with some of the athletes from Madison’s “legendary” sports history.

Kent Bottenfield, ’86
Kent was a Major League Baseball pitcher from 1992 to 2001, and represented the St. Louis Cardinals in the 1999 All-Star game. After his baseball career, Kent turned his attention to music and released two independent Christian albums.  He currently serves as head baseball coach at Palm Beach Atlantic University located in Florida.

Howard Collins, ’71 JD, MBA, Salem, Oregon
Legal advisor, pro bono, MAF 501(c)(3)
Howard is an inductee into the State of Oregon Sports Hall of Fame for the 1969 American Legion Baseball World Series Championship, a team composed of Madison ball players. He was a member of two State Championship baseball teams with Madison, 1969 and 1970, as well as second in State in 1971.

Dave Gasser, ’70
Retired
Dave coached Madison baseball teams to eight consecutive Portland Interscholastic League (PIL) Championships, and a State Championship in 1981. He is an inductee into the State of Oregon Sports Hall of Fame for the 1969 American Legion Baseball World Series Championship, a team composed of Madison ball players. He was a member of two State Championship baseball teams with Madison, 1969 and 1970. Dave is also a 2018 Oregon Legend inductee, holding the record for most high school coaching wins in Oregon history.

Mike Keller, ’75
Owner/Manager, Direct Sales and Portable Tool
Mike has been in the construction equipment business for more than 40 years.  He started his first business in 1987, and has been self-employed since that time. He has started, purchased, and sold several small businesses. Mike is also the West Coast Sales Manager for Pro-Tec Equipment, a national trench shoring company.  Mike had the pleasure of being head baseball coach at Madison from 2006 – 2011.

Don Lovell, ’81
Owner, The Barbers
Don is owner of The Barbers, and has multiple locations throughout Clark County, in SW Washington. He was drafted from Portland State University and played baseball in the Cleveland Indians organization from 1985 – 1989. Don is a strong supporter of youth baseball in Portland and SW Washington.

Dan Thomas, ’75
Owner, Dealers Auto Auction of Las Vegas
Dan is currently the head coach at Shadow Ridge High School in Las Vegas, home of the Mustangs. He has been involved with, and supportive of the Madison Alumni Association since its inception, and is committed to seeing the field house vision become a reality.

Bill Wiitala
Retired
Bill spent 32 years with the Portland Public School District as a teacher, administrator, and coach, with 28 of those years at Madison. As a coach his teams won State Baseball Championships in 1963 and 1964. Bill was inducted into the PIL Sports Hall of Fame in 1992 and the Oregon Athletic Directors Association Hall of Fame in 2010.

Tom Wise, ’70
Owner, The Growler Guys, South Waterfront
Tom had a 40 year career in the beverage business, 32 of those with Pepsi. He played professional baseball for five years in the Houston Astros organization. Tom was inducted into the PIL Sports Hall of Fame. He is also an inductee into the State of Oregon Sports Hall of Fame for the 1969 American Legion Baseball World Series Championship, a team composed of Madison ball players. He was a member of two State Championship baseball teams for Madison, 1969 and 1970. Tom is currently President of the Old Timers Baseball Association of Portland.

Raise The Roof Dinner and Auction

Connect with the Madison Alumni Association 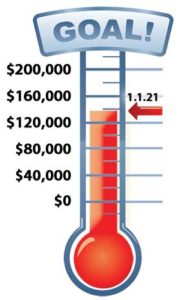